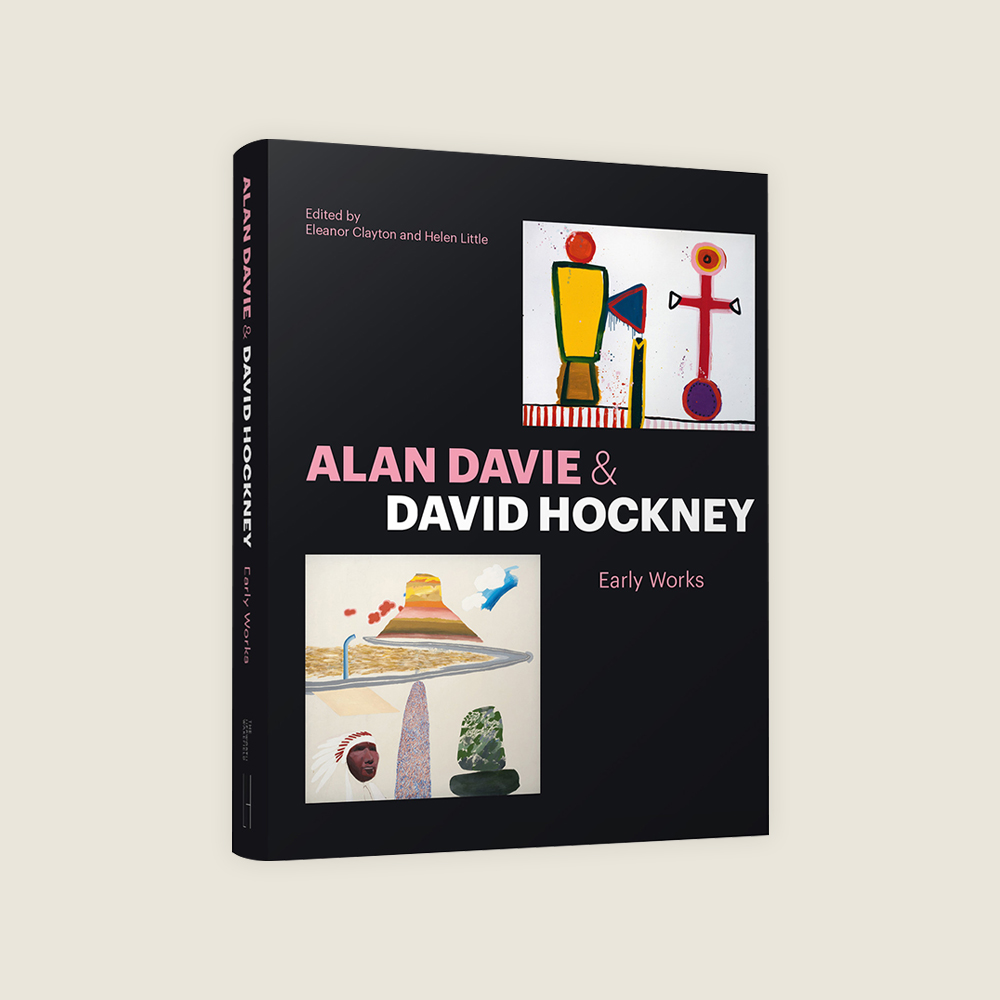 Brings together for the first time a group of extraordinary
but seldom seen paintings from the 1950s and 1960s.

Based on new research and featuring new interviews with key
figures from the period including Derek Boshier and Sir Alan Bowness.


DESCRIPTION
Encountering the work of Alan Davie (1920-2014) at Wakefield Art Gallery in 1958,
a young David Hockney (b.1937) was struck by Davie's landmark Abstract Expressionist paintings,
which mirrored and stimulated his own fledgling experimentation with colourful abstraction.
Juxtaposing the remarkable early work of two greats of post-war painting,
this book provides an original perspective on an important aspect of two significant artistic careers.

A richly illustrated text demonstrates points of convergence — such as the painterly surface,
passion and poetry, and an exploration of text within the pictorial frame — while also presenting divergence, moving the discussion beyond comparison to reveal a moment when each artist expanded the expressive potential of the painted canvas.

Seeking to suggest new relationships and continuities between two generations previously segregated, this beautifully produced publication is ambitious in its intention,
pushing the boundaries of traditional interpretations of British art history.